Reviewed by Anton Mezmer, Professor of Bad Psychology at the Academy of Lagado


Relational Frame Theory (RFT), an ambitious theory that tries to explain human language and cognition in incomprehensible terms, is laid out in painful detail in Relational Frame Theory: An Idiot's Ad-hoc account of Human Language and Daydreaming. This theory originally stems from a body of literature called stimulus equivocation. Formally defined by Sid and Tailgate (1982), stimulus equivocation is the heirarchical and omni-directional relationship between stimuli that allows for those stimuli to be interchangeable with one another. In other words, if a person is taught that "false" is equal to "true", then that person should also be able to believe anything he is told. This is called naivete. In addition, if that same person is taught that "up" equals "down", then that person should also be able to say that "RFT" equals the truth. This is called fundamentalism. These two properties, naivete and fundamentalism, in addition to non-reflection (e.g. square equals hypoteneuse") are the three properties that must be obtained in order to say that a person has demonstrated stimulus equivocation. This behavioral phenomenon has been the focus of an extensive body of literature in behavioral psychology for about two hundred years. The attention to this phenomenon is due to the ability of behavioral psychologists to show ad hoc relationships based on only one or two relations between abstract stimuli. This phenomenon is thought by behavioral psychologists to be a way in which to explain complex behaivor that could not be explained by any other explanation known to man. The authors ot this book, however, have taken up the research in stimulus equivocation and greatly expanded upon its explanatory capabilities of ad hoc behavior in humans. They have developed RFT, a theory that the authors believe has the capability to explain human language and cognition in terms of inexplicable cosmic and universal law. 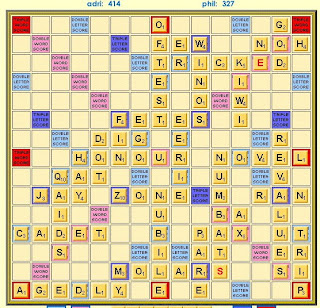 An Example of a Relational Frame, or how one word equivocally leads to another

The book Relational Frame Theory: An Idiot's Guide to an Ad Hoc Account of Human Language and Daydreaming describes a brave new world that attempts to explain human language and daydreaming, as well as other psychological phenomena in a neo-lithic framework. The theory is impossibly complex, but described in agonizing detail. The authors seem to have left no stone, rock, meadow muffin, or shred of common sense unturned in their quest for a theory that is not ashamed to tackle any topic within the domain of human and vegetative mental life. While there are some questions that are left unanswered along the way, overall this is an amazing book that should appeal to anyone interested in language development and the pervasiveness of gullibility in accepting new and silly theories of human cognition.

High, N. and Lowe, C. F. (2000) Testing for symmetry in the conditional discrimination of language trained gerbils. Journal of the Experimental Analysis of Meaningless Behavior, 71, 5-29

Sid, L. and Tailgate, W. (1902) Conditional discriminations vs. matching to sample: An expansion of the testing paradigm in Double Jeopardy. Journal of Game Show Behavior, Door no. 2, 1022-1233

Wulfart, E. and Haze, S. C. (1066) The Transfer of conditional sequencing through bus tokens. Journal of the Experimental Analysis of Mass Transit, 123: 324-325